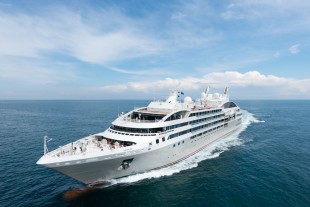 Cape Verde, Canary Islands, Andalusia, Balearics, Sardinia, Sicily: PONANT offers you an all-new itinerary at the crossroads of cultures and traditions. You will set sail aboard Le Lyrial for a new 14-day cruise leaving from Praia, the capital of Cape Verde, on the most populated and also the most African of the archipelago's islands.

Further to the north, you will reach S&atilde;o Vicente and visit Mindelo, the cultural capital of Cape Verde, the birthplace of the famous singer of morna, Cesaria &Eacute;vora.

Your ship will then drop anchor at Las Palmas, on the island of Gran Canaria. Do not miss the chance to wander through the streets of the historic district of Vegueta, rich in architectural treasures including the Santa Ana cathedral. Then admire the volcanic landscapes that are so typical of Lanzarote before heading to Andalusia.

You will discover Cadiz, one of the country's oldest cities, built on a rock and surrounded by the sea and M&aacute;laga. These calls will allow you to visit the cathedral and the Alc&aacute;zar palace in Seville, and the splendid Alhambra in Granada, UNESCO World Heritage Sites.

Your ship will then reach the coastlines of Algeria for two brand new ports of call in Oran and Algiers. You will discover the vitality of these cities and the architectural heritage of their historic centres. The Casbah of Algiers is a typically Islamic medina, listed as a UNESCO World Heritage Site.

Your journey will end in Palermo, the capital of Sicily, where you will be able to visit emblematic landmarks such as the 12th-century cathedral and Teatro Massimo, one of the largest theatres in Europe.

1. The rates of our cruises are per person and include the following: All meals while on board the ship (from dinner on the day of embarkation to breakfast on the day of disembarkation) Captain’s welcome cocktail and gala dinner Mineral water, tea, filter coffee, a selection of white, red and rosé wines offered during meals; afternoon tea Evening entertainment and events Luggage transfer from pier to the ship and vice versa Room service 24h (special selection) English speaking lecturer on selected sailings. Water sports activities (except scuba diving) using the ship’s equipment, when permitted by local authorities and confirmed by ship Master according to safety and sea conditions onsite Open Bar (pouring wines, house champagne, alcohol except premium brands…list available upon request).

Any ground services before and/or after the cruise other than the ones mentioned in each “Cruise & Flights” package and for which details are available upon request.

Optional Spa package to be booked prior your departure; please ask for more information Optional shore excursions.
Beverages other than the ones mentioned.
Laundry services, hair salon and à la carte Spa treatments Personal expenses, on board medical consultations and drug prescriptions.
Gratuities (included only in cruise package sold in US/Canada).


Cancellation/luggage/assistance/repatriation/medical insurance(s) Visa fees, if applicable It is essential not to forget to bring with you your binoculars for a good fauna observation. Please do not forget to bring your medical certificates when it is required to participate in an expedition cruise.

Click on the buttons below to request a quote on this deal or contact us directly with further questions or comments.

Request A Quote Send To A Friend Have A Question? Contact Us